Super.com chief people officer Chris Davies on hiring marginalized devs and supporting them once they're on board

So let's say you're a company looking at your workforce and noticing that it doesn't really match the diversity of your prospective audience. You're not exactly small right now, but you're definitely looking to grow and you're hoping that growth could help address that issue.

That's the situation UK-based publisher Super.com is in as it looks to push into the US market, and one of the people responsible for the company's efforts to achieve that goal is its chief people officer Chris Davies.

Speaking with GamesIndustry.biz, Davies says the company has been "refining" its approach to diversity, equity, and inclusion as it moves into the US, with a particular focus on ensuring it has a diverse recruiting pipeline.

That means Super.com isn't leaning on any single source for its recruiting efforts and going beyond LinkedIn. Davies wants to reach candidates where they already are, going into schools with historically marginalized communities or recruitment platforms that specifically target such communities.

"It's also about making the job offer approachable and accessible to people," he says. "Instead of saying you have to have ten years of experience or a bachelor's degree, we're very strong on accepting transferrable skills or looking at someone's achievements elsewhere in the industry. And we can bring them into the company and help them be successful by providing them the training they need for their new role within the company."

So how does a company convince people from marginalized communities to join an outfit lacking in people like them?

"It's always about beginning a process in a positive way," Davies says. "We're working with sourcing providers and consultants who can help us with this. We're filling in the areas we don't really have that kind of experience with at the moment with competent professionals who can advise us. That's number one.

"But it's also about creating internal processes in the company that support people who may require some different way of working. They may be interested in a company because it offers flexible time, or a different way of assessing employees or things like that. It's about building a company that can be accessible to everybody is the key thing."

He emphasizes that it's not enough to convince new people to join the company; once they've agreed, the company has to properly support them.

"One of the key areas we feel companies often falter on DEI initiatives is that it's giving a very surface-level treatment in that the hiring is considered to be something that solves the whole problem," Davies says. "We're looking at the longer-term view, getting people into the company, helping them be successful, providing them with skills and support, and at the same time building diverse leadership succession pipelines, helping people advance in the company ideally up to the C-suite level. We're looking at the long-term view, we're not trying to solve this in a surface-level perspective but we're trying to build this into the DNA of the company from the very beginning."

Davies -- who isn't a member of any marginalized group -- is also mindful about not tokenizing employees who are, or assuming that they will be the ones to address DEI issues.

"Really it's about having a position that is focused on this area -- and my position as the CPO is responsible for this -- because we don't believe that somebody who would come from a previously marginalized community has the responsibility to educate us," he says.

"We have to educate ourselves, it's the allies' responsibility to do the heavy lifting on this. We don't want to have people saying 'You're from a diverse background so you are now responsible for this' because this is also excluding the majority from the conversation. What it's essentially doing is absolving people of responsibility by saying, 'You don't come from a historically marginalized background so it's not your responsibility.' We're not saying that. We're saying this is everybody's duty, and we have to take the lead for this because it's nobody else's responsibility except ours to do the education and to make ourselves into an organization truly reflective of our audiences."

He also wants to learn from the industry's past mistakes on DEI issues, of which there have been many.

"Historically I think one of the core issues is that diversity, equity, and inclusivity has been treated at a very surface level," he says. "It's something that's kind of tacked on maybe to make the investors happy, or people do it because they feel they have to do it. I don't want to make this about a business case because people aren't business cases, people are people. We're going down this road because not only do we believe it's the morally correct thing to do, but because we believe there's a win-win-win scenario where our stakeholders can benefit from this practice, our investors can benefit, but also the gamers can benefit from this 360-view of DEI."

One of the common threads we've seen in recent years about companies with work culture and DEI problems is that many times companies that talk a good game in public about the importance of these issues have been found to be ignoring them in private, with the reputation of HR departments in particular called into question.

As an HR professional pitching his company on DEI issues right now, how does Davies think the field can regain credibility with the people it has repeatedly let down?

"I think you can't rebuild trust if you do not demonstrate that you really want to change," he says. "And certainly with some of the bigger challenges we've seen in the industry recently, people have said, 'We admit we've done wrong and we're going to change,' and then nothing changes and nothing happens. And if you can say to your employees, your investors and your gamers that you're committed to doing better and then be held accountable to that belief so if something doesn't happen then you can be brought up on it, then this is the way to start rebuilding trust.

"But it's not going to happen when the industry is maintaining a very surface-level approach to this. This has to be something you commit to, that you communicate to people that it's important, and that you're held accountable to that. And until that happens, nothing is going to be made better."

"There's the old maxim that it's not enough for justice to be done; justice must be seen to be done"

Davies stresses that transparency and accountability are essential for that to happen. He says Super.com tries to achieve that by making sure there's never one person solely responsible for dealing with DEI issues, hiring, or promotion. All of those functions are handled by committee staffed with people from every level of the organization, in theory making it harder for things to be swept under the rug or preferential treatment to go unnoticed.

"There has to be a commitment to addressing the problems when the problems are given in. There are something like 30-40% of employees who believe if they make a complaint about a DEI-related matter, then that is just going to be made to go away... There's the old maxim that it's not enough for justice to be done; justice must be seen to be done."

It's also been said that companies don't prioritize things they can't measure, and diversity is not such a simple thing to put a number on. In some markets it's against the law for an employer to ask employees if they belong to certain marginalized groups. In others Davies says it could potentially be dangerous to the employee.

"Tracking is a good question I don't think there's a perfect solution to," he says. "However, by being open, by having your hiring and leadership pipelines and having your transparency in the company, you're going to go a long way toward encouraging diversity. We're going to find something that works for our employees, that is not intrusive for our employees, but is also in full compliance with local regulations as they're required to be."

He also doesn't think the company's inability to put exact numbers on its DEI efforts has slowed them down in any way.

"From our point of view, we don't wait for something to be perfect before we move off on it. We want to make that positive action and make positive steps, and then if we can't measure this or that, we're not going to let that necessarily stop us making positive things there... 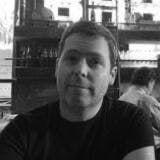